The world’s eyes have been fixed on Hong Kong as it enters the third consecutive month of protests. The protests started in response to a proposed bill that would allow extradition from Hong Kong to mainland China. However, the demonstrations have escalated in recent weeks and have come to signify broader demands for democratic reform. It’s brought into question the ‘backdoor’ surveillance the Chinese government has over its citizens and the longevity of the ‘one country, two systems’ regime that has kept Hong Kong relatively autonomous to the communist rule of mainland China since 1997. 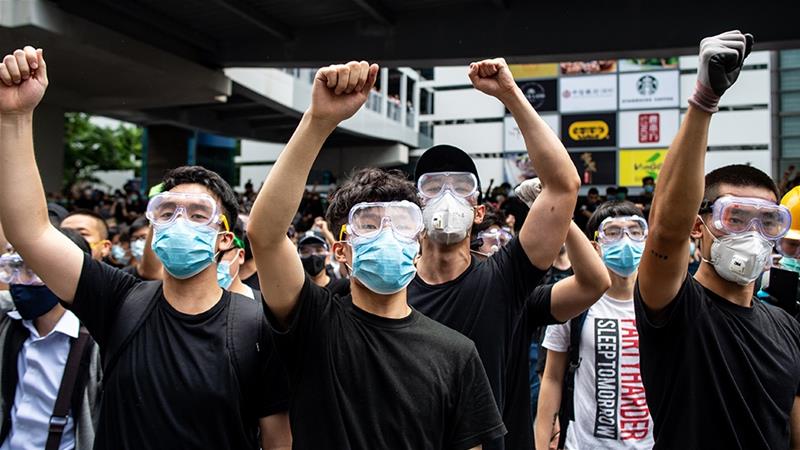 The protests have also highlighted the social impact blockchain technology has when it comes to privacy and the ability to communicate without the threat of surveillance or a ‘paper trail’. The prevalence of mesh-networking technology such as the messaging app, Bridgefy has been instrumental to the organisation and strength of the protests. Similarly, cryptocurrencies continues to be adopted at record speed by Hong Kong businesses and protestors alike as a form of economic rebellion.

To understand the significance of the protests in Hong Kong, it’s important to consider the socio-political context which has led up to them. Although the extradition bill was the impetus for widespread protests back in June, tensions have been bubbling away at the surface for quite some time, especially as Hong Kong’s progressive younger generation thinks ahead to 2047.

Historically, Hong Kong remained a British colony for over 150 years and was later leased to Britain for another 99 years. This is noteworthy as it demonstrates the cultural, social and legal differences between Hong Kong and mainland China. These differences mean that many people in Hong Kong do not identify themselves as Chinese. The youth of Hong Kong especially are more vocal and critical of the Chinese government.

Hong Kong has enjoyed economic prosperity as a result of a manufacturing boom during the 1950s. It’s also a popular destination for Chinese migrants fleeing poverty and persecution in mainland China. This is especially pertinent when contemplating extradition laws and regulations as many Hong Kong residents are Chinese mainland fugitives and would be subjected to Chinese law if the bill was enacted. 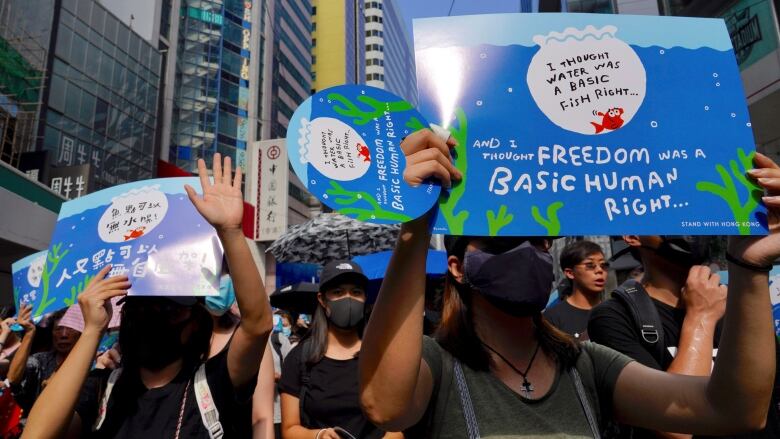 As a result of the 1984 agreement between Britain and China, Hong Kong returned to China in 1997 under a ‘one country, two systems’ premise. This affords Hong Kong legal and democratic virtues and a high level of autonomy from China until 2047, after which the future of Hong Kong’s system remains unclear.

This uncertainty has perpetuated anti-Chinese sentiment that has informed the principles of the pro-democracy protestors. Declining social and democratic freedoms have been reported by Hong Kong residents with censorship and surveillance on the rise. The proposed extradition bill signifies this decline and would mean that Hong Kong edges closer to complete Chinese rule.

With the world watching, it’s become an issue of foreign policy debate, scrutiny and attention with a lot of us questioning the validity of Chinese government surveillance and the broader questions of privacy and anonymity. Away from the political ramifications, the Hong Kong protests have become an intriguing use case for the role of blockchain technology.

As the demonstrations continue to rumble on as does the frequency of violence and revolt. Therefore, the anonymity of the protestors has become paramount. In fact, protestors recently tore down the facial recognition towers in the region in opposition to Chinese state-surveillance. Demonstrators have begun to wear masks to cover their faces to protect their identity from the government.

The emphasis on privacy has sparked international debate about the rising influence of China on the global stage and their surveillance apparatus which allows them to track and monitor the digital activities of their citizens. This has led Hong Kong protestors to be wary of their digital footprint, forsaking censored messaging platforms like WeChat in favour of encrypted ones and buying single MTR train fares with cash to conceal their transactions. Centralised payments like the Octopus card (used to pay for MTR fares) are being discouraged in the fear of leaving a digital trail of identity.

The use of peer-to-peer messaging apps has become instrumental to the organisation and communication of Hong Kong protestors. With the threat of digital monitoring ever-looming, apps such as Telegram and Bridgefy who rely on a mesh network to send messages between users. Forbes recently reported that Bridgefy usage had increased by 3,685pc in the last month.

The Bridgefy app allows users to send messages without a signal to phones in the nearby radius. Private messages are therefore sent through a chain of users in the mesh network. Bridgefy is said to use the well-known cryptographic principle of RSA encryption on their mesh messaging network.

The case for encryption has inadvertently been championed by the Hong Kong protestors as onlookers continue to dissect the serious ramifications that result from state censorship and surveillance and the impact this has on meaningful reform and true autonomy.

Political independence, press freedom, property rights and economic liberty were all fundamental to the 1997 handover of Hong Kong. Not only did these principles allow Hong Kong to remain the economic hub of Asia but it served China’s interests as companies, banks and stakeholders could still do business with China whilst enjoying western protections. These provisions are largely why Hong Kong has functioned as the meeting point between East and West. The economic independence of Hong Kong remains vital to the success of international trade and relations.

Hong Kong has remained a digital hub for decades now and as a result functions as a largely cashless society. This has become an evolving issue as protesters soon realised that centralised methods of payments, like the MTR fare example, can also double as state surveillance tools used to curtail the protest movement. This has raised the validity of privacy-focused crypto payments methods that allow users to transact anonymously.

Cryptocurrencies As A Form Of Economic Activism

In an effort to reinforce their own economic autonomy and protect their anonymity, protestors have turned to fiat cash like US dollars and privacy-orientated crypto’s for spending and exchanging. This economic activism has seen a surge in the demand for privacy-based cryptocurrencies.

Popular Hong Kong department store Pricerite recently announced that it would accept Bitcoin, Litecoin and Ether at all its Hong Kong locations. Similarly, cryptocurrency firm Genesis Block has been operating 14 crypto ATM’s across the region. This has resulted in a premium in cryptocurrencies traded with Hong Kong dollars.

As transactional anonymity becomes a primary concern for emerging cryptocurrencies, it’s clear that blockchain technology remains a viable weapon in the fight for political and economic freedom. The Hong Kong protests, the worst the region has ever seen, remain a startling example of blockchain technology in action and remind the rest of the world the significance of human free will and the fundamental right to privacy.